Up until now customers have been enslaved to a traditional banking system that has changed little over time. Improvements made have done little more than automate clerical functions. In a regulated market, with a captive customer base, banks have maintained a conservative approach to change. Branch Clearing, and Inter Bank Settlement for example, have functionally remained the same. That is all about to change at a time when customers are beginning to complain over rising fees and charges, declining levels of service, inefficiency, and often an almost Luddite attitude by banks to threshold technology. For the customer it’s been a question of grin and bear it – there has been no escape – until now. The marketplace is now changing so rapidly that banks world wide have been unable to respond. In a deregulated environment they are being challenged by a plethora of new products and services, that offer more efficient, cheaper solutions to their customers financial needs. The need for legacy Clearing & Settlement systems is the latest service to be challenged. This new dawning of opportunity for customers, this Internet driven revolution, has started to challenge the domination of banks and will result in fundamental changes to the structure of the banking system.

But is reality that far away?  The sweeping banking industry downgrade announcement on 24 May by the doyen of  US analysts, (Credit Suisse First Boston’s) Michael L. Mayo, caused the bluest of the blue chip bank stocks to tumbled on word of his “sell” recommendation.  His pronouncement was given extra impetus when he stated, “the risks of owning bank stocks do not seem worth the returns.”  Although his unsettling outlook hinged on millennium related risks, it also cited unsustainable capital markets growth, delays in merger related savings (i.e., efficiency ratios), and asset quality weakness.  His reasoning left some analysts scratching their heads, which is astonishing when you realise that Mayo only touched on the tip of the iceberg with regard to a global banking decline.  He should have included the critical catalyst of permanent change – the swelling tide of direct inter merchant Electronic Commerce (E-Com), and Internet enabled  SmartCard technology.

His premise is nevertheless based on the stark reality that banks globally are faced with a terminal decline in their traditional business of taking deposits and lending out the proceeds.  This business of “disintermediation” has sunk 20% in the US over the past 20 years.  Few will doubt that what happens in the US will inevitably sweep through the to rest of the world.  US banks return on equity is presently averaging 14%, compared with 10% in Europe, and 5% in Japan. But we need to remind ourselves that 60% of US banking profit still derives from taking deposits and lending (where the quality of loans is on the decline).  Basically, deposits are going elsewhere in a deregulated market, and on the other side of the ledger, lending is becoming cheaper (for corporates) in international capital markets.  This trend is highlighted by major players, such as J P Morgan, Bankers Trust, State Street, and UBS drastically trimming their loan books.  With income from taking deposits and lending in decline, banks have turned towards covering the reduction in income from non interest earning activities.  Unfortunately it could not be a worse time to ratchet transaction fee income and service charges.

Retail banking, specifically branch banking, was born out of the need to support regional (and international) monetary movement through a clearing and settlement system.  The whole infrastructure of modern retail banking revolves around banks exclusive right to supply this facility.  However, a well concealed development in the SmartCard market may see an end to the need for a clearing and settlement system, and with it any justification for banks to be involved in transactional processing at all.  As a consequence, new entrants into the financial marketplace will soon figure out how to handle financial transactions without banks, and this will be due to developments masterminded by Mondex over five years ago and kept under wraps ever since.

Mondex International, the UK electronic cash technology developed by London-based National Westminster Bank PLC and now 51% owned by MasterCard International, is one of four major SmartCards available internationally.  The others are Visa International, Brussels-based Proton World International, and the German Geldkarte all of which support the recently released Common Electronic Purse Specifications (CEPS). The major difference between Mondex and those adhering to the CEPS methodology is fundamental.  Mondex cardholders are able to conduct  transactions without the need for any bank involvement in the processing.  The transaction is not routed via a bank – it is untracked and unaudited, essentially creating a completely new circuit of money flow.  While CEPS is designed to keep money within the banking system, Mondex obviates the need for any banking intermediary.

The ‘modus operandi’ of Mondex also means that its processing costs will be lower than CEPS, where a card-issuing bank deposits the amount of a purchase into the merchant’s bank account creating extra processing overheads.  With Mondex, a merchant can accept Mondex payments onto a merchant Mondex card that resides in his point-of-sale terminal, or specially designed ‘value vault’. The merchant can then use the value collected to make purchases at other Mondex-accepting merchants or authorised agents, or transfer value to other cards, or simply accumulate transaction funds for subsequent depositing into mutual funds, the money market, or a new range of deregulated savings products.  Because the Mondex value is not linked to particular cards, there is no need for the merchant’s bank to settle up with another financial institution – a clear cost saving.  However, transferring value between Mondex cards or vaults, and banks still carries a charge.  In Hong Kong for example, merchants pay between  0.35% and 0.5% when they deposit value received from some 160,000 Mondex cardholders.  But in a recent report by McKinsey & Co., prepared for Mastercard, Europay International, and Maestro, bank charges for using Mondex are approximately 3 cents US per transaction less than an equivalent transaction using CEPS – equivalent to the cost of processing a transaction in an audited (CEPS) system.

Will Mondex be the agent of change? If adopted by the growing number of smaller Community Banks, and financial service centers, it may well be. The beguiling aspect of the whole Mondex issue is why so many banks internationally rushed to buy national and regional franchises, and then stalled implementation.  Some have opined that banking cartels, including in some cases Central Banks, are preventing its widespread use.   Certainly Mondex poses the question of exchange control for Central Banks.  But the problem won’t go away.  In fact it isn’t a problem, rather a challenge that should be turned into an opportunity.

Banks internationally must adapt or they will find it difficult to maintain profit momentum. Growing customer dissatisfaction with banking services will make any increase in profit from non interest income unlikely.  In Australia, bank fees and charges have been pushed to saturation point in an attempt to contain last years 2.3% fall in pre tax profits.  They can go no higher, and it is unlikely that they can continue at the present level in order to sustain profitability.  With a competitive introduction of Mondex, much of this income stream will vanish or at least be severely impacted.

Eventually also, the plethora of Internet enabled financial service suppliers will neutralise any remaining advantages of extensive branch networks.  Microsoft will continue to rally its alliance troops in a relentless distribution of more and more sophisticated financial software offerings to compete with peripheral banking products and services.  The most recent is their Electronic Wallet, distributed with Explorer 5.   It’s a launch pad, just waiting for ‘value’ funds to be uploaded.  Hedging their bets, Microsoft have also recently announced a new operating system for Smartcards with full CEPS compatibility.  Also, in their Windows 2000 platform, Smartcards and certificate based logons are built in as standard.   This commitment to authenticated and encrypted commerce, mirrored by wide acceptance of  SSL and SET technologies, and the Mondex chip to chip security provides the extra confidence consumers require. The hyperbole suggesting that  E-Com and Mondex present a greater security risk than existing systems is no longer finding acceptance in a more technologically aware marketplace.  It is more likely to be seen as a survival tactic by those with most to loose.

Regaining the initiative would seem to be beyond the pale for many banks.  Recent retail banking strategy has been self defeating.  Branches are closing, isolating pockets of customer loyalty; customers have been encouraged to use poorly conceived Call Center technology alienating customers even more.  Many banks have been unable to satisfy customer calls to use interface products like Intuit’s Quicken, or Microsoft’s Money  – either because they are incapable of adapting, or unwilling to relinquish any level of control over account maintenance.  Against this background, a background where banks have encouraged customers to switch from cheque usage to automated debiting mechanisms in the name of efficiency, banks have actually continued to hike fees and service charges.  In New Zealand the five major banks quite unjustifiably still maintain a 5 day clearing period, even for intra bank cheques!  And their Call Centre staff haven’t heard of Smartcards.  It you had to propose a strategy that sent out the message, ‘We No Longer Want Your Business’, you would be hard pressed to find a better one than that presently in place. With an increasingly E-Com savvy public, it can’t be long before there is a groundswell of opposition to paying excessive fees for poor service.  The free availability of (1024bit public key encrypted) E-Mail from the likes of Hushmail.com, must surely bring home the reality that banks are charging for a secure technology that is increasingly available outside of the banking environs, often for free.  Hushmail.com security is so robust, even the US NSA (National Security Agency) would find it difficult to break.

With redundant branch networks, potentially redundant clearing and settlement systems, impending loss of transactional processing income, dwindling deposits and poor quality loans, banks are facing a future much bleaker than Michael Mayo has portrayed.  Unless banks embark on urgent and draconian restructuring, they will disappear, and probably amid the public proclamation: “Free at last! free at last! thank God Almighty, we are free at last!”* 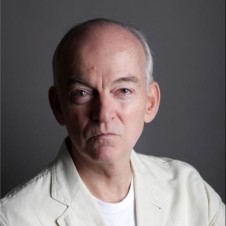